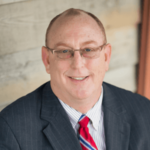 Scott started his legal career with Florida Default Law Group, PL, once considered the largest plaintiff ‘foreclosure mills' in the State of Florida. Scott started his own small practice in 2003, initially handling foreclosures for lenders but eventually evolving into a consumer lawyer.