Florida Consumer Lawyers recently sued a homeowner's association and their lawyers for violations of Florida's Consumer Collections Practices Act and the Fair Debt Collections Practices Act. The homeowner's association sent the client a collection letter from a very old invoice that was disputed years ago without resolution. When the threats grew more serious the client contacted Florida Consumer Lawyers. Upon investigation our lawyers discovered some facts in our client's favor. First, the HOA that initially attempted to collect the disputed invoice years ago was never properly established under the laws of the state of Florida. Thus, they had no legal authority to bill or collect from the client. Second, even if the HOA did have the authority, the debt was barred by the statute of limitation. Third, the HOA Declarations only allow the HOA to collect "reasonable attorney fees." However, in the collection attempt, the itemized ledger showed that $9,000 out of the $11,000 the HOA was alleging was owed was for attorney fees. Further investigation revealed that the HOA's lawyers only sent two collection letters and did no other real work on the case. The case settled within 60 days of being filed for more than $20,000. 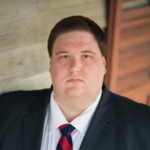