Major Car Dealership Sued in Yo Yo Finance Scheme

Florida Consumer Lawyers sued a major car dealership on behalf of a client who had their newly purchased car deal cancelled by the dealer. In Florida, dealers are allowed to cancel car purchases, usually within 30 days, if they can secure financing for the customer. This is known as "yo Yo" financing and is legal in Florida. However, in this case the client bought the car and then was asked to return to the dealer on 3 different occasions to sign new retail sales installment contracts increasing her interest rate each time. The dealership claimed they could not obtain financing for the client at the lower interest rates. The client cooperated and signed the new sales contract each time. However, on the fourth occasion the dealership called and told her they couldn't find her financing and that she just needed to return the car "by 5pm today or we will send the police to your front door and have you arrested for grand theft." The client, an African American female, in a panic that the police were going to break down her door and arrest her in front of her small children, who have no one else to look after them, returned the car immediately. But, the dealership wouldn't speak with her and just told her to leave the keys. The day after returning the car, the client called Florida Consumer Lawyers and asked us if we can run a warrant check to see if the police were still coming to arrest her. Once we heard the story we brought a suit against the dealer for various law violations, including a count under Florida's Consumer Collections Protection Act. Initially, the dealership swore they would fight, but after some reflection cooperated in paying a settlement of over $30,0000. The entire transaction was also deleted from the client's credit along with the credit inquiries. 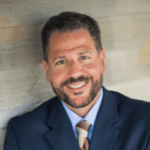